Getting Into Fan Fiction: Some Of Our Favorite Sites 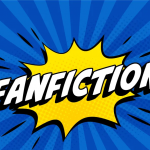 If you are a fan of reading books, novels or fantasy characters of films or television etc. then you are probably can be a fan fiction artist because fan fiction is a collection of write ups or stripped cartoon and text series mainly based upon these different and fantasy characters from magazines, books, cartoon series, TV shows or inspired by films. The fans of these characters pick any character from any source of their choice from their favorite book or show and illustrate them in their language with their own story and words but due to some policies the writers should take the needed copyright from the main creator or writer of that character or series. The fanfiction artists can make their imaginary stories or series in any manner like it is not necessary that if they are taking any action character from a fictional book or novel then it is not compulsory that they should weave the story in the action or dramatic form. They can weave any comedy story or a non-fictional one with their own imagination in their own words and the readers all around the world are loving these characters. These fan fiction stories and series are available both in print and digital form for the viewers and there are many sites who are very popular among the readers of fan fictional characters worldwide. Here we will talk about some of the most popular and readable fan fiction sites for the viewers.

There are many famous fanfiction sites which are very popular among the readers and the writers and some of these are here:

There are many types of topics and genres for fan fiction around those the story tellers weave their stories. These genres are many like some fictional creators put their characters in different universes or alternative worlds which are not humans or species of Earth. They can be aliens, citizens or creatures of an alternative universe who have many super powers or special features and they can conquer the whole world or universe by their powers. So how’s it? Cool isn’t it? So these kinds of stories are called super fictional or universal stories. The next one is the stories of the fan fictional characters that are weaved around horror and dark topics. This is called angst genre which involves dark and saddened script in their depictions. The next genre is comedy in which characters are involved in a comedy write up and these stories are full of humor and attract the children more with their funny picture illustrations and dialogues. Next genre is known as one shot which as its name reflects is short and sweet and … Read The Rest